In a public opinion poll conducted among the Austrian population at the end of August, the public’s positive stance on the Kurdish drive for independence was highlighted. An accumulative of 69% of Austrians agree that the claim of the Kurds to have their own country is justified. 72% of Austria’s population agree or strongly agree that it is legitimate to proposition the citizens of the Kurdistan Region on their right to self-determination in a referendum. More than half of Austrian citizens, namely 58%, personally think that the Kurdistan Referendum for independence is worth supporting.

Dr. Mustafa Ramazan, Representative of the Kurdistan Regional Government-Iraq to Austria, comments: “These results clearly show us that the Austrian population strongly support our right to self-determination. Our drive toward the freedom and independence that we seek is not always easy, so we are entirely grateful to know that the population of Austria stands in solidarity with us. It is clear from these polls but also the many conversations we have held over the past months with members of different parts of Austrian society, that Austria values its historically very good relations with Kurdistan, as do we. Today, we can proudly say, we Kurds have many friends here in Austria – and the mountains.”

The public survey was conducted at the request of the KRG Representation in Austria by the renowned opinion research institute “Peter Hajek Public Opinion Strategies”, one of the top 3 institutions of its kind in Austria, among 805 Austrian citizens through phone interviews and online polling at the end of August 2017. The statistical fluctuation of this survey with a sample size of 805 lies within +/- 3.5 % and is therefore applicable to the wider Austrian population. Similarly sized opinion polls on political trends are conducted on a regular basis, particularly prior to the Austrian General Elections on 15 October 2017.

Results of the survey conducted by Peter Hajek Public Opinion Strategies amongst 805 Austrian citizens during August 2017. 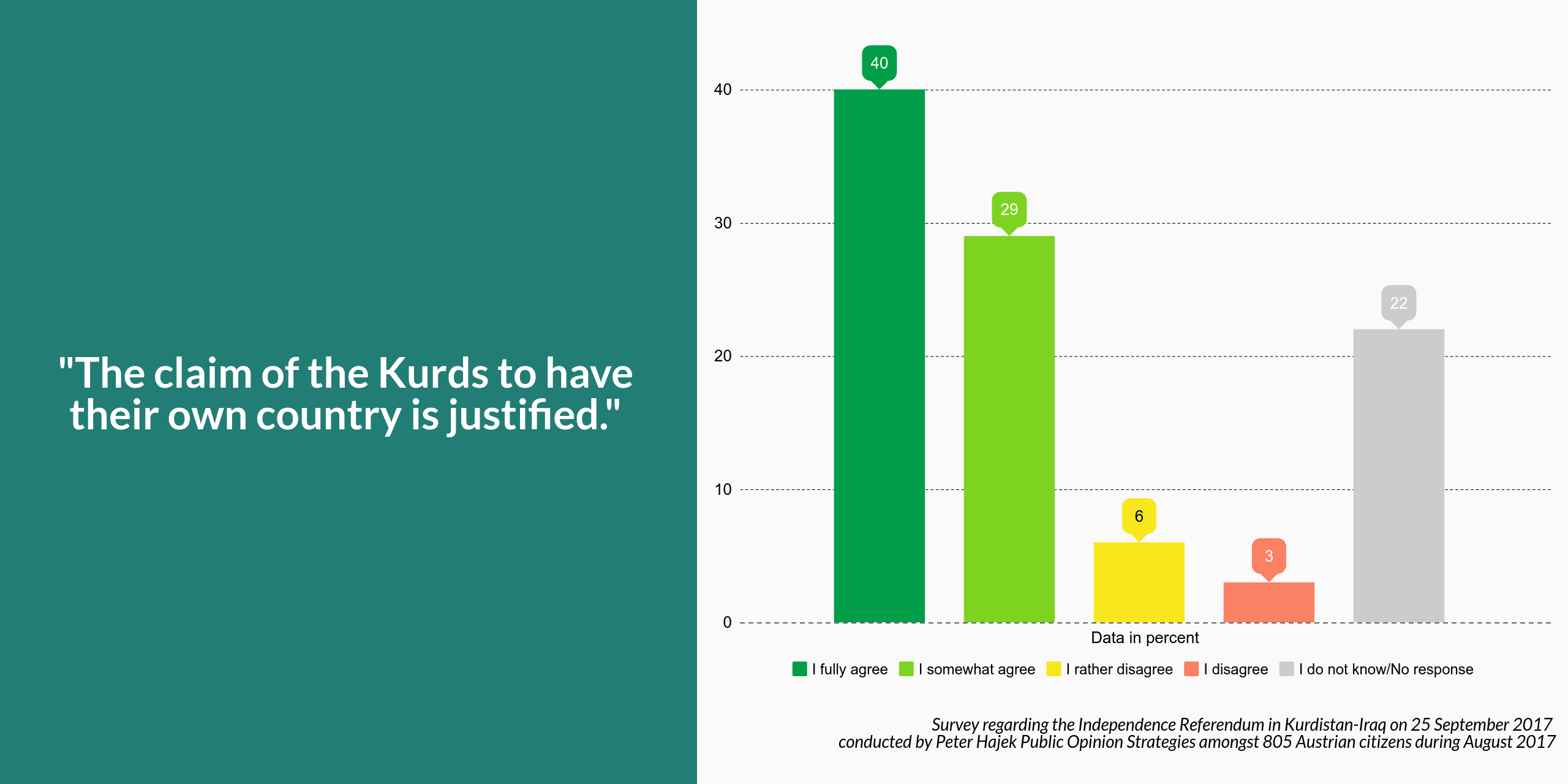 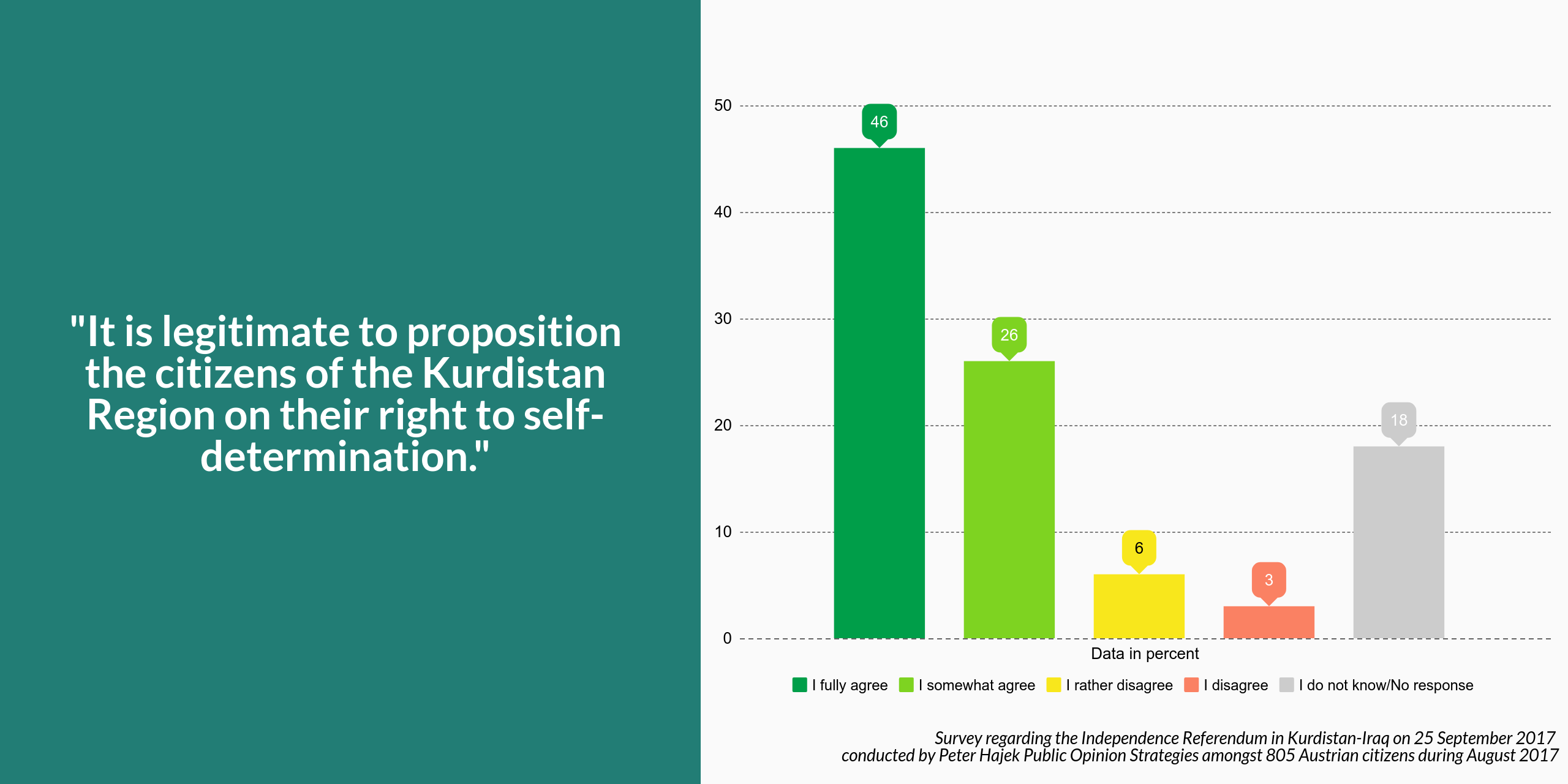 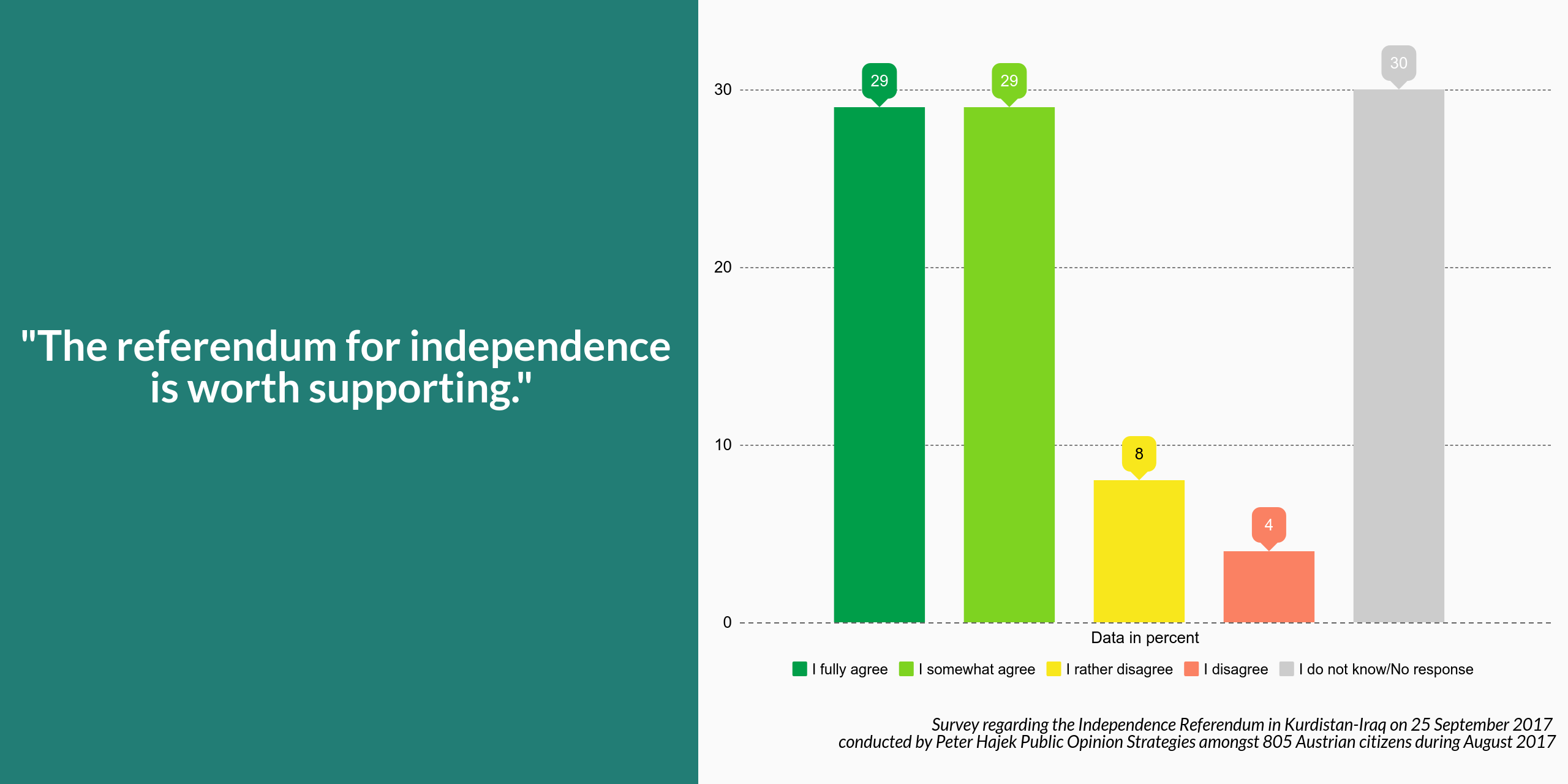 Details regarding the survey: