On Monday, 2 January 2017, President Masoud Barzani received a high level French delegation headed by Francois Hollande, the President of France. The French delegation included the Minister of Defense and Veteran Affairs, Mr. Jean-Yves Le Drian and a number of other officials. Accompanying the President were a number of KRG officials including Mr. Kosrat Rasul, the Vice President of the Kurdistan Region, Prime Minster Nechirvan Barzani and the Chancellor of the Kurdistan Region Security Council, Masrour Barzani. 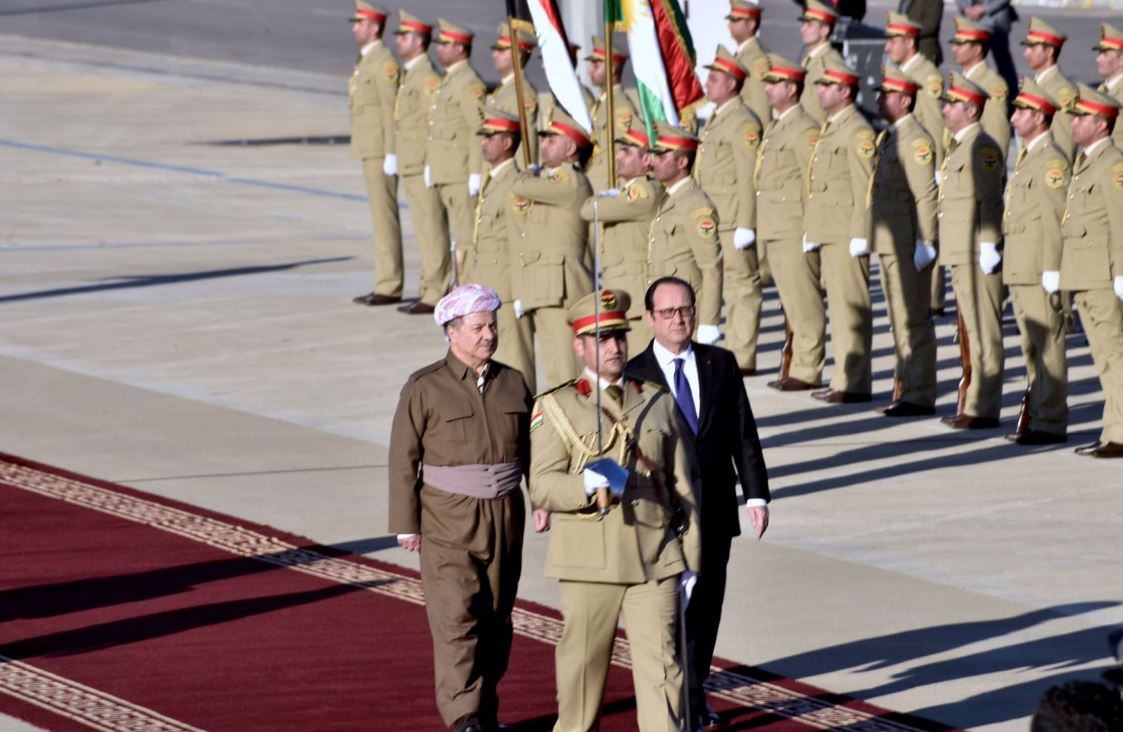 As a sign of gratitude to the support of France to the Kurdistan Region, President Hollande was welcomed at the airport by a number of family members of the martyrs of the Peshmerga forces who had paid the ultimate price during this ongoing war against the terrorists of the Islamic State, most notably the mother of the three brothers who were martyred on the same day on the day of the Zummar liberation. 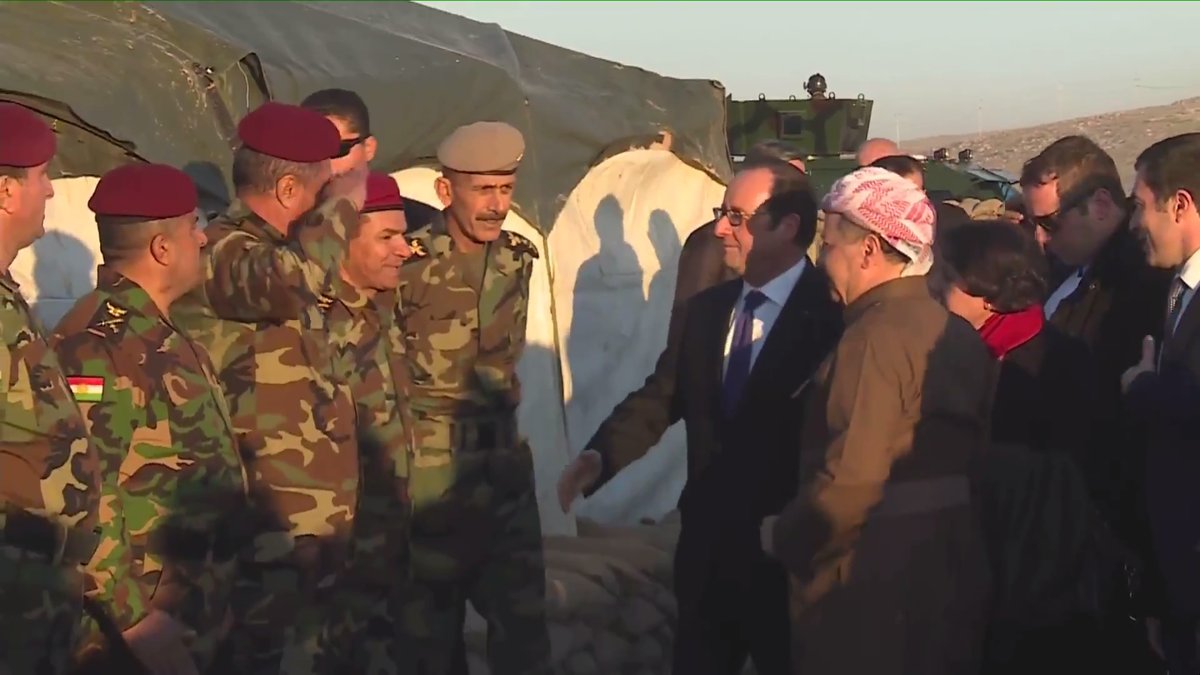